Chaos Space Marines (CSM) are Chaos Space Marine Tactical Squads; heavily armored infantry which is slow but powerful. Stereotypically, the Chaos forces are assumed to have worse discipline and equipment than Loyalists, but they may have developed mutations or Warp-enhanced powers. In gameplay terms, the differences are: 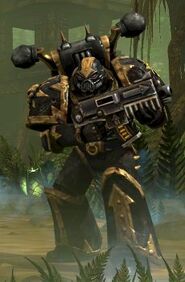 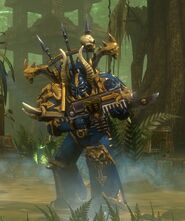 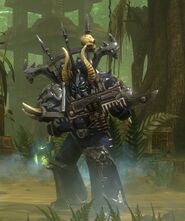 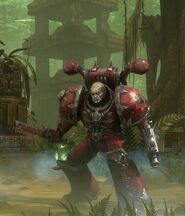 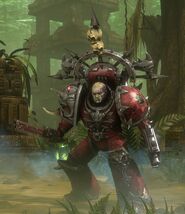 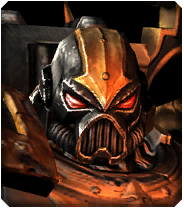 Squad portrait
Add a photo to this gallery
Retrieved from "https://dow.fandom.com/wiki/Retribution/Chaos_Space_Marines_(unit)?oldid=20380"
Community content is available under CC-BY-SA unless otherwise noted.